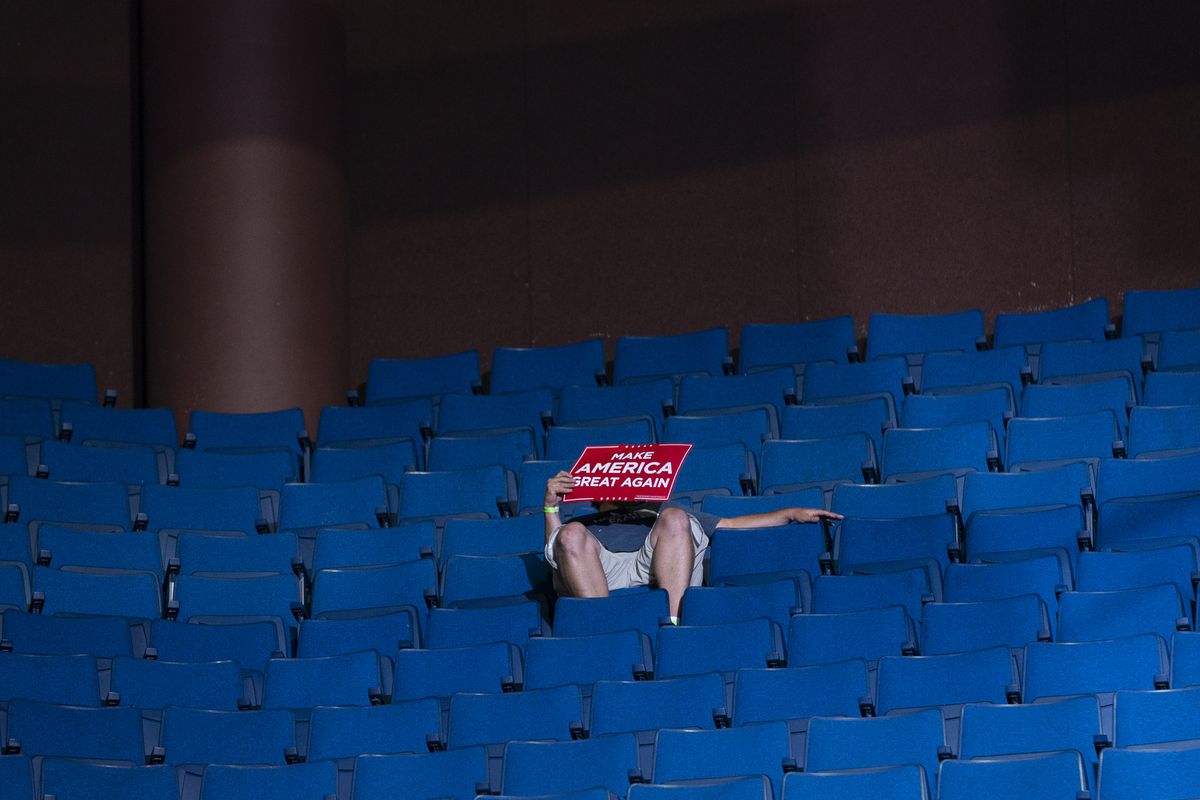 Trump and his allies had pumped up expectations for a massive crowd in the days leading up to the rally, with campaign officials claiming that more than 1 million people had registered to attend and one local official stating they expected 100,000 people to show up near the arena. Those crowds didn’t materialize on Saturday.

The Trump campaign tried to blame “radical” protesters, even saying some were allegedly blocking metal detectors, for frightening the President’s supporters from attending his return to the campaign trail.