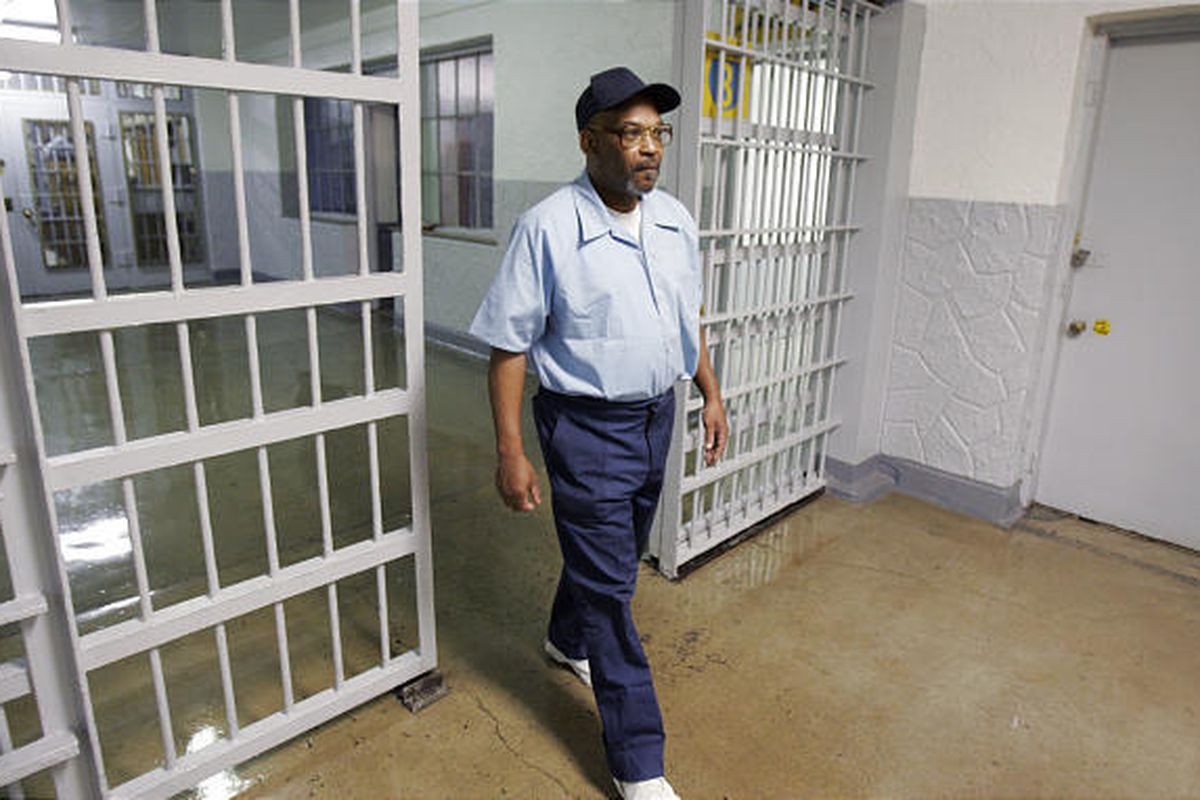 How a legal concept known as “attorney-client” privilege kept an innocent man in prison for 26 years.

After being incarcerated twenty-six years fpr a crime he did not commit, Alton Logan is amazingly sanguine. “You can’t be bitter. You have to understand why this happened, and you have to accept it,” said Logan. “I knew the truth would eventually come out, I just didn’t know it would take this long.” And the truth is what will be revealed if a judge decides to order a new trial. Logan remains confident that he will soon be freed from prison. “I never stopped giving up hope,” he said.

Even in the face of such optimism, Logan must contend with the fact that a simple legal concept commonly known as attorney-client privilege kept him behind bars for almost half his life. The intended effect of this concept is to encourage full disclosure by a clien in exchange for their lawyer’s absolute confidence. Any information revealed between client and attorney is intended to be kept confidential, even if it might exonerate someone who was wrongly convicted. No justice system can maintain integrity without this commitment to confidentiality. It is this commitment that kept two young defense attorneys, Dale Coventry and W. Jamison Kunz, who positively knew of Logan’s innocence, from sharing their secret.

“What I can’t understand is [that] you know the truth, you held the truth and you know the consequences of not coming forward?” “Is [a] job more imporant than an individual’s life?” With these fundamental questions, Logan strikes at the very heart of this controversy.

In order to understand how Alton Logan ended up in federal prison for a crime he did not commit, one needs to step back two and one-half decades to the wintry day of January 11th, 1982. During a robbery at a McDonald’s restaurant in the city of Chicago, a mere two city blocks from the Logan family home on Chicago’s South Side, off duty Cook County Sheriff’s Lloyd Wickliffe, who was working as a security guard, was killed by a shotgun blast. His fellow security guard, Alvin Thompson, was severely wounded. Both had their hand-guns taken from them. Several weeks later a Chicago police officer was killed and another was injured aboard a Chicago Transit Authority (CTA) bus. Gun forensics revealed that the weapon used to kill the officer was the one taken from one of the McDonald’s security guards.

Days later two gang-crime unit officers pull over a suspicious Chevrolet. During a routine inspection of the front seat, one of the assailants seizes the weapon of Officer Fahey and shoots him in the head. The weapon was then turned on Officer O’Brien who was shot five times and killed. Both service revolvers were taken from the officers. Police eventually identified the assailants as brothers Andrew and Jackie Wilson. After an unprecedented effort to find them, police were tipped off to Andrew Wilson’s former residence where they discovered not only the two missing revolvers, but the shotgun to murder McDonald’s security guard Lloyd Wyclife. This fact is important because neither of the Wilson brothers were charged with anything related to the McDonald’s killing, even though there was direct, incontrovertible evidence that one of them was linked to the crime scene.

Three eyewitnesses stepped forward and identified Logan from a line-up as one of the assailants. Two days after the bus crime, Hope and Logan were both arrested and charged with the murder of a police officer and attempted murder of another.

Logan made it clear to police that he was innocent and that they had the wrong man. His family protested emphatically, contending Logan was at home sleeping at the time of the crime. Marc Miller, the defense attorney for Hope, was instructed by Hope himself to approach Logan’s attorneys to tell them Logan was innocent. “[Hope] told me to tell [Logan’s attorney] that he’s representing an innocent man,” Miller testified. Hope even went as far as identifying his partner in crime, Andrew Wilson, as being the one who administered the fatal shotgun blast to Wickliffe. Yet, in spite of protests by Logan and his family, and in spite of all the overwhelming evidence pointing to Andrew Wilson, police did not charge him. Instead, they charged Alton Logan with the murder of Lloyd Wickliffe. A twelve-person jury eventually convicted Logan of murder in the first degree, but because of juror disagreement during the penalty phase, he was spared the death penalty. Hope was convicted and sentenced to death. Before Logan’s trial, Kunz confronted his client Andrew Wilson in the jail law library with his evidence: “Wilson said, ‘Yeah’ or ‘Uh-huh,’ nodded, grinned, and said, ‘That was me.'” “I was surprised at how unabashed he was in telling us. There was no sense of unease or embarrassment… he smiled and kind of giggled. He hugged hmself and said, ‘Yeah, it was me.'”

TO SPEAK OR NOT TO SPEAK

Stunned with Wilson’s confession, Kunz and Coventry felt compelled to make public this new evidence because doing so would set a man free. However, Wilson would only allow it after his death. Without his permission, they were obligated to keep this information confidential due to the centuries-old legal concept know as “attorney-client” privilege. As explained above, it holds that all communications between an attorney and their client shall remain confidential unless release is authorized by both parties. Since Wilson would not authorize the release of this information, Kunz and Coventry were bound to confidentality lest they faced disbarment. Several decades passed while Kunz and Coventry remained steadfastly quiet. Several decades also passed with Alton Logan in prison.

However, that did not mean Kunz and Coventry would sit idle. On March 17, 1982, the both drew up an affadavit state what they knew about Alton Logan’s innocence. They signed it, had it notarized, and sealed it in a safe. Back then, Kunz thought it was wise to do such a thing “so that if we were able to speak up, no one could say we were just making this up now.”

Fast forward 26 years to November 19, 2007, when Andrew Wilson dies while serving out his sentence in prison. Kunz and Coventry see their opportunity to reveal the truth and seize upon it. On April 18, 2008, in a special hearing, they revealed their affadavit and other evidence to Cook County Circuit Judge James Schreier. Convinced that there was a possiblity of a new trial outcome, the judge threw out Logan’s conviction and ordered a new trial.

Some of the evidence revealed in the hearing was of great surprise to many people, including Logan himself:

* A woman named Gail Hilliard, who was working at the night of the McDonald’s shooting testified that Wilson, not Logan, was the shooter. She was interviewed by police after the crime, but did not give a statement.

* Joseph Prendergrast, a semi-retired teacher who tutored Andrew Wilson in prison between 1982 and 1983, testified that Wilson told him he “took a shotgun inside a McDonald’s.”

By no stretch of the imagination does thie mean that Logan is a free man, or that his trial will result in his exoneration. He is still awaiting word on whether the attorney general will appeal the judge’s ruling, re-file charges, or drop the matter entirely. Assistant Attorney General Richard Schwind said he would need until July 7, 2008 to review the case. In the meantime, Logan has been released on a $10,000 bond and is enjoying the sweet air of freedom.

WE DID OUR BEST

Kunz and Coventry say they are not to blame for Logan’s wrongful conviction and incarceration. Their loyalty lied with Andrew Wilson, their client, and was not about keeping their jobs. They point the finger at prosecutors and police. Had they not ignored all the evidence pointing to Andrew Wilson as the killer at McDonald’s, Alton Logan would have never been charged with a crime. Kunz said, “If I had ratted him [Wilson] out… then I could feel guilty, then I could not live with myself. I’m anguished and always have been over the sad injustice of Alton Logan’s conviction. Should I do the right thing for Alton Logan and put my client’s neck in a noose or not? It’s clear my responsibility lies with my client.” Kunz and Coventry even decided that, if Logan was sentenced to death, they would not remain silent.

This kind of defense might not sit well with many observers. But the fact is Kunz sought advice on many levels in an attempt to keep Logan out of prison — legal scholars, ethics committees, and even their own bar association. All told them there was nothing they could do.

Most states allow attorney’s to reveal privileged communications if a death, fraud or bodily harm can be prevented, but this case represented none of those perils. Many legal authorities agree that all lawyers should be allowed to violate a client’s confidence if it means saving a man from wrongful execution. But there are those who believe doing the same to save a man from wrongful imprisonment should not be allowed, even though thirty states now allow lawyers to breach their client confidentiality “to prevent wrongful execution or incarceration of another.” While his is a positive step by state governments, not all states have done so. To close this glaring hold in civil rights, it seems prudent that Congress undertake legislation to repair this “concept.” Failing to enact a federal mandate that normalizes the bounds of the “attorney-client” privilege means that there will be more wrongful convictions, wrongful incarcerations, broken families and shattered lives.

For the moment, Alton Logan is happy to be out of prison. “At the present moment, I’m free, but I’m not free,” he said, referring to his upcoming trial. Although he remains understandably guarded, his brother Eugene will have none of it. “I’m going to turn him on to life,” said Eugene. “That’s what we are going to do. We’re going to live it together.”

UPDATE: All charges against Alton Logan were dropped. After Logan brought a civil rights suit against the Chicago Police, the city agreed to settle in January of 2013 for $10.25 million.

4 thoughts on “EXCLUSIVE: Alton Logan: How An Innocent Man Spent 26 Years In Prison”