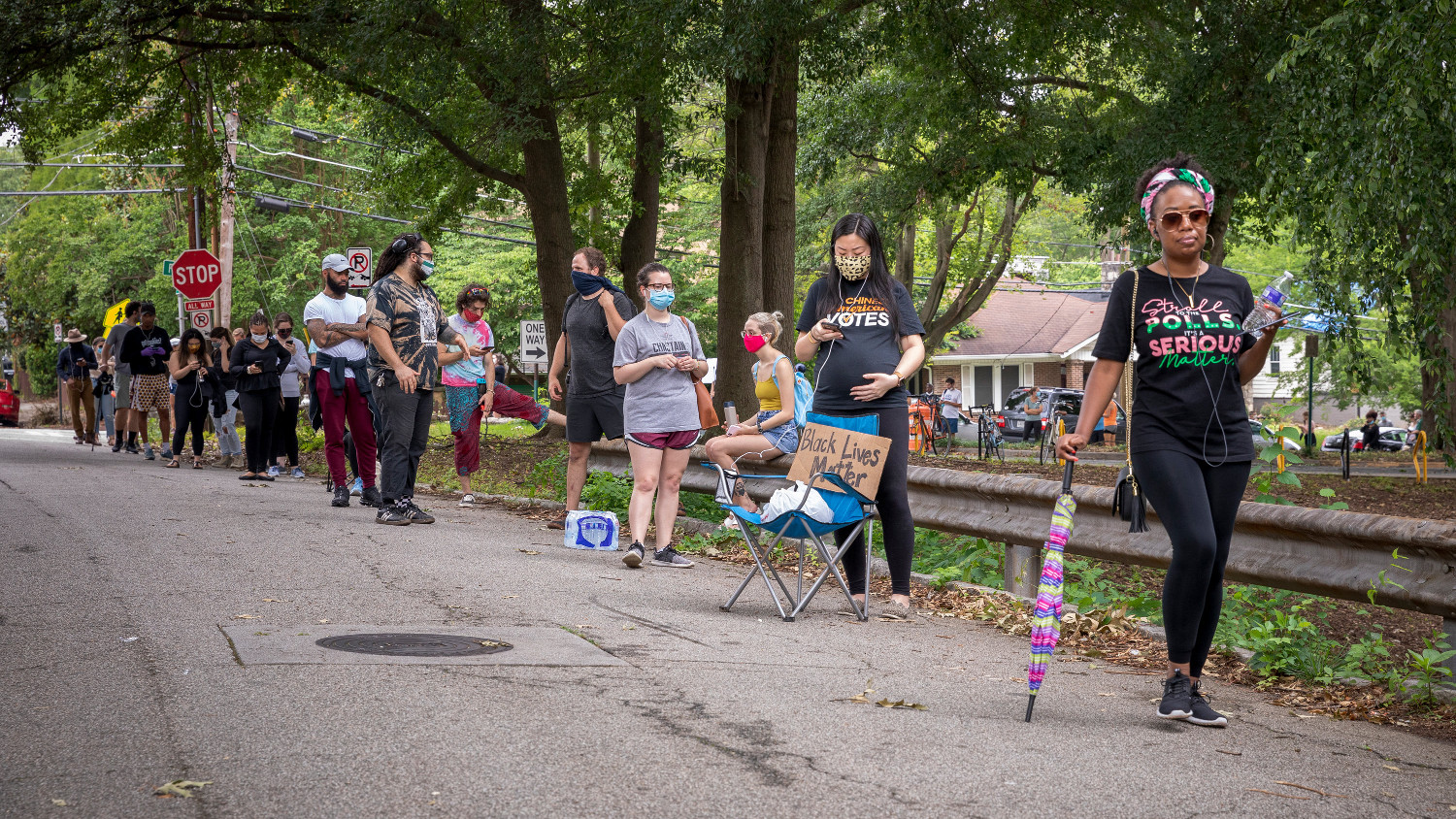 This morning, the City of Atlanta awakened with expected issues stemming from long lines, voting machines not working, and voters unable to vote because they discovered they were in the wrong polling location.

With Georgia voters facing unusually long waits and chronic computer problems, the Georgia primary election has devolved into a farce. By Tuesday night, hundreds complained on Twitter about the glitches on the new computerized ballot machines and how the coronavirus pandemic voting guidelines created unacceptably long lines. Many voters reported waiting in line for 2 to 4 hours, with some waiting exorbitantly long times.

Chairwoman of the Democratic Party of Georgia, Nikema Williams, said she received 84 text messages reporting an array of voting issues within ten minutes of the polls opening.

According to many social media posts, the majority of issues occurred in predominantly African-American precincts. Many voters believed the new voting machines could be a new mode of suppressing the vote.

Twitter user Brent Peabody highlighted what appears on the surface to be voter suppression amongst mixed race precincts by showing the differences between those precints and the precinct in Chastain Park, located in Atlanta’s whitest and most conservative area.

Note the key sentence: “They [precinct staff] said all machines are broken and not working and that they reported it before today but no one responded.”

Reknowned basketball star LeBron James stepped up to highlight the problems with voting in Georgia:

Georgia’s Deputy Secretary of State, Jordan Fuchs, shifted blame to local officials, citing “There is nothing the secretary of state could have done to prevent this. This is the singular failure of poor planning at the local level.” Fuchs accused Fulton County waited too long to mail ballots to people that requested them via email.

Seth Bringman, media liason with Fair Fight Action, claimed the state picks the vendor that sends the ballots. “He had primary responsibility to make sure today’s elections went well, and he failed,” said Bringman.