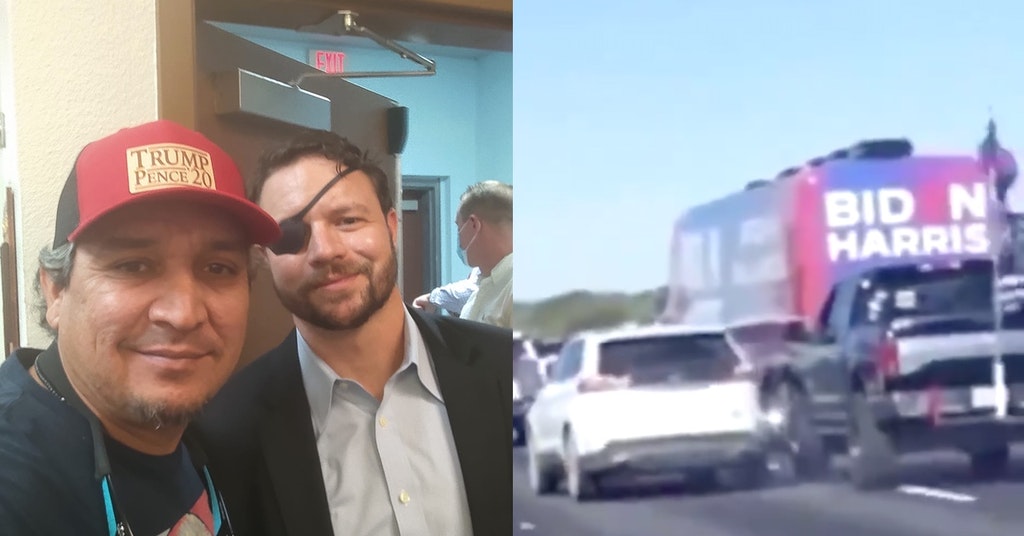 A driver who appeared to ram his truck into a SUV as part of a so-called “Trump train” swarmed a Biden campaign bus in Central Texas has been identified.

The driver, Eliazar Cisneros, was the driver of a black truck with a Trump flag, and is seen hitting the SUV several times, appearing to force it out of the lane.

There were no injuries reported, however both the FBI’s San Antonio office and the San Marcos Police Department are investigating this troubling incident.

Cisneros has also been identified as a driver who gunned his truck toward a crowd of Black Lives Matter protesters in downtown San Antonio in September. Protestors report that he followed and taunted the group as they continued their march.

Cisneros identified himself to TV station KENS 5 after the incident and said the protesters should have stayed on the sidewalk.

“I didn’t want to hurt anybody,” Cisneros told the station. “You know, get off the street, get on the sidewalk and protest whatever you are protesting on the sidewalk. Stay safe.”

Cisneros has a history of criminal charges in both Texas and Florida.

He was arrested and charged with a DUI in September of last year and is awaiting trial. He was also arrested in the 1990s and convicted for marijuana possession in Texas and put on probation in Florida for driving with a suspended license.