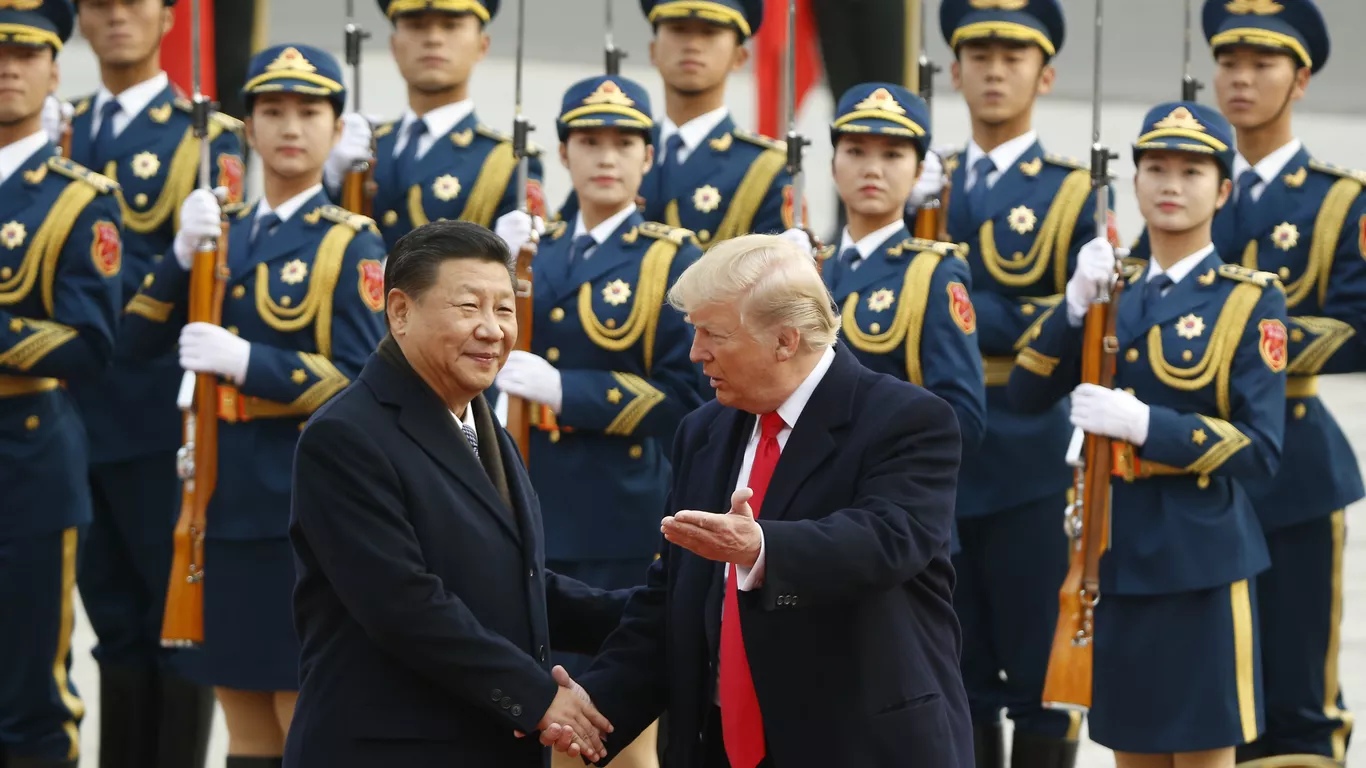 On October 29, 2020, The Washington Post published an opinion piece by Josh Rogin, a distinguished China observer and author of the book Chaos Under Heaven: Trump, Xi, and the Battle for the 21st Century – a compelling story of how then-President Donald J. Trump and his team struggled to deal with the significant economic and national security threats posed to the U.S. by the Chinese government. In his opinion piece, Rogin reveals one such security threat – a massive, covert disinformation campaign led by a seemingly anti-Communist, pro-USA “billionaire.” Rogin also suggests the Chinese Communist Party [CCP] is behind a well-orchestrated disinformation campaign that is aggressively penetrating right-wing circles as agents of socio-political chaos.

Below are excerpts from Rogin’s op-ed:
“There is also a separate effort, aimed at supporting Trump and spreading disinformation about Joe Biden, that is run by a Chinese billionaire who claims to be a dissident but whose actions sometimes align with CCP [Chinese Communist Party] goals […]

“Guo Wengui, a close ally of Stephen K. Bannon, has interjected himself and his ‘whistleblower movement’ directly into the middle of the presidential election. His Chinese-language news website, GNews, has been publishing documents and videos purported to be from Hunter Biden’s lost laptop. The substance of the material ranges from allegations of business ties with Chinese executives to lewd, personal content.

“Pastor Bob Fu [a Chinese American who heads the group China Aid and who believes he’s been a target of Wengui], who is now in hiding with his family under police protection, told me he believes Guo is not an anti-CCP dissident, but rather hunting dissidents on behalf of the CCP. It’s no coincidence, Fu said, that official Chinese propaganda outlets (including the Global Times) are attacking the same Chinese dissidents in the United States as Guo.

“This bears the clear mark of the CCP actively meddling and interfering in the 2020 presidential election,” said Fu. “With such a large-scale disinformation campaign, you don’t really have to think of this as beneficial to either candidate. The information operation is meant to cause confusion and chaos for the American electorate and hurt both sides.”

In psychological warfare, it’s unwise to ask binary questions. Chaos is the goal, and always follow the money. Guo Wengui’s ties to Steve Bannon are public knowledge. On August 20, 2020, Steve Bannon was arrested aboard Guo’s yacht on federal fraud charges, for which he was later pardoned by former President Trump.

Multiple published articles and court documents indicate Guo Wengui, Steve Bannon, and others, are either wittingly, or unwittingly, a part of a controlled opposition operation funded by the CCP, to create chaos in American society. A controlled opposition is a protest movement or operation that is actually being controlled by government agents. This report is part of a Hark Herald Press ongoing series, where we will be peeling back the opaque layers in what we believe is a multi-faceted attack on America.

Guo Wengui pledged $100 million to Steve Bannon’s newly formed nonprofit “Rule of Law Society.” Recall, Bannon was pardoned by Trump for alleged fraud in the “Build the Wall” nonprofit that received millions of dollars from Trump supporters. This information places articles like this which read like press releases in deeper perspective: Chinese Billionaire to Create $100 Million Fund to Aid Victims of Communist Purge.

Bannon also received a $1 million per year “consulting fee” from Guo-TV, according to this Seattle Times report: Chinese businessman with links to Steve Bannon is driving force for a sprawling disinformation network, researchers say. Our sources say they believe Steve Bannon is Chinese asset.

It’s worth noting that Guo Wengui recently pleaded the 5th Amendment 47 times during a hearing in the United States Federal District Court in New York, when questioned about his ties to the Chinese Ministry of State Security and to William Je, an alleged “money man,” with close ties to the Chinese United Front. The Chinese United Front is a separate Chinese Intelligence agency. To learn more, see Eastern Profit Corporation Limited v. Strategic Vision US, Case No. 1:18-cv-02185-LJL (SDNY 2018), Doc. 368, beginning at p. 3.

A THREAT TO AMERICA

These beliefs are incorrect, and even dangerous.

The cause of this may be that the independent news media is focused on Russia as being the primary agent of disruption, while the corporate news channels largely ignore foreign influence. Recall the Steele Dossier, where Trump associates were glad that his financial ties to China were not under close scrutiny, and that the emphasis is on Russia. U.S. intelligence agencies appear to have downplayed the Chinese threat, as well. The September 2020 report by U.S. intelligence validates this point: it states “We assess that China did not deploy interference efforts and considered but did not deploy influence efforts intended to change the outcome of the U.S. Presidential election.” It identified both Russia and Iran as the primary actors in the dissemination of misinformation tied to both the election and COVID-19. For reference, see: U.S. intelligence agencies say Russia, Iran were most involved in 2020 election interference.

On the surface, the Chinese disinformation activities look disorganized and appear like lone wolves grifting for money. Our open source investigation suggests, however, that they are all part of a sophisticated operation driven by the Chinese government, with the primary tactic to introduce misinformation into social media. There appears to be a well-coordinated effort to drive wedges into Western society.

A plethora of anti-Chinese Communist Party dissidents from the Chinese community have been recruited to push disinformation on numerous media platforms against the COVID-19 vaccine, and the “Big Lie” about the 2020 election being stolen. According to our sources, the meta-narrative they push echoes the one developed by the Russian FSB (the successor to the KGB). Here are some of the main thematic points hammered home to Americans: